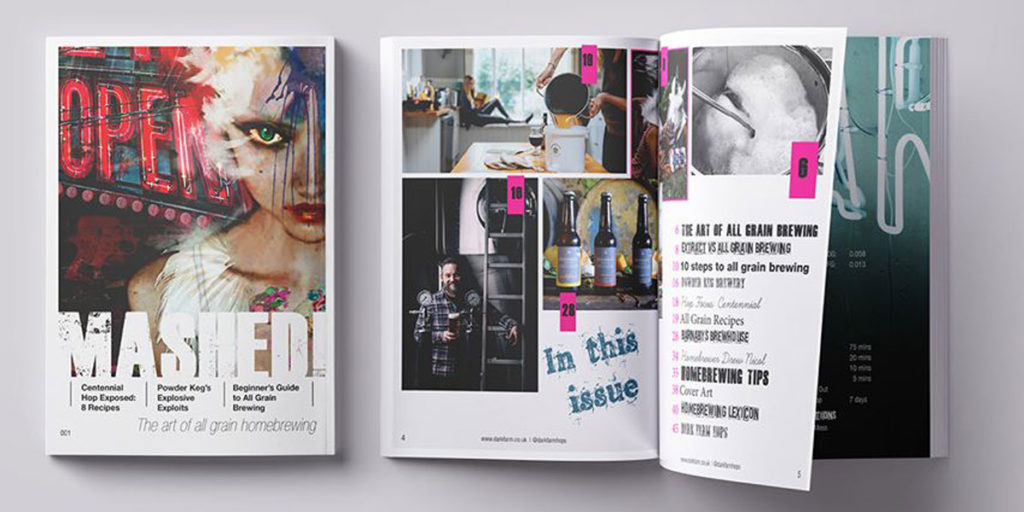 The solution: a quarterly magazine full of inspiration, tips, interviews and recipes to help homebrewers tone their craft and promote brew clubs and small breweries. The content I create is friendly and welcoming to speak to readers who are new to homebrewing. The tone reflects Dark Farm’s fun and down-to-earth voice.

In an age where additions are liberally used to bring interesting flavours into brews, the idea of a stout that tastes of peanut butter and biscuits, yet contains neither, is intriguing to say the least. And if that isn’t interesting enough the backstory and the end story makes a for a cracking tale while propping up the bar.

From the rainbow came dark

This story starts with a rainbow. The International Rainbow Project challenge, created by UK based Siren Craft Brew in 2014, brought together 14 breweries from different countries to make 7 collaborative beers themed on the colours of the rainbow.

That first year, Buxton Brewery and Stockholm based Omnipollo were paired up with the colour yellow to base their collaborative brew on.

Their thoughts turned to the association yellow has with cowardice. They agreed that one of the most cowardly deeds is to act anonymously: to voice and act out your beliefs while hiding behind a group. A signifying trait of institutionalised racism.

And so Yellow Belly was born. A beer that was something that it was not. A Peanut Butter and Biscuit Imperial Stout made without peanuts and without biscuits. Its gutlessness reflected in its ingenious packing – again cloaked by anonymity.